War is a difficult challenge for the country’s economy. At the same time, the economic front in this war is the same leader as the military. Therefore, it is essential to do everything to save teams, jobs and business processes. It also concerns startups because they are above the Ukrainian economy and the country’s movement forward, according to the Ukrainian Startup Fund. They add: that in these difficult times, they always call on international partners to support Ukrainian startups and thus build the country’s economy. How the USF works now, whether the investment strategy has changed and what plans the Fund has in front of it – further in the material.

Before the start of a full-scale war waged by Russia against our country, the USF provided Ukrainian startups with more than 250 grants worth more than $ 6.3 million.

During the first weeks of the war, the Fund conducted an online survey of the ecosystem – ‘Startup Voice’ with the participation of 150 founders of Ukrainian startups. Respondents answered questions about the possibility of continuing their activities, particularly the need for relocation, funding and investments and further project development plans.

The survey results made it possible to analyze the current condition of the Ukrainian startup ecosystem. In particular, regarding the location of startup teams: 71% remained in Ukraine, 28% – were partially abroad and only 1% – left the country entirely.

The study found that Ukrainian startups are trying to adapt to new working conditions during martial law and are making considerable efforts to maintain business viability and do not stop working. The results were as follows: 24.3% of startups – continue to work, 46.7% – partially work (mostly remotely), 28% – do not work at all, and 1% – have changed the scope of their activities.

But the vast majority of surveyed startups (99% of respondents) said they needed financial support.

«At the same time, the Foundation launched an initiative to host and seek help on the SaveUAStartups platform, an interactive map that is constantly updated so that you can see the help of startups who need it. On the platform, you can fill out a form for both partners/sponsors and startups, indicating which type supports the ability to provide/receive», – states Pavlo Kartashov.

In early April, USF and Baltic Sandbox organized an online event UKRAINIAN WOMEN-LED STARTUPS, which brought together the best Ukrainian startups, where women (as founders or as management) play key roles. The event program consisted of a two-day intensive online Bootcamp from well-known international and Ukrainian experts. In addition, support for startups in wartime, individual mentoring and preparation for pitches took place during the event. Bootcamp ended with online pitching, where 15 teams of startups presented their products to international and Ukrainian investors.

Also, the Fund and partners regularly conduct online lectures for startups, workshops, Q&A sessions with experts and Иootcamps. In particular, in April, USF, together with The European Innovation Council Accelerator and the Ministry of Education and Science of Ukraine, held an online event about European funding opportunities.

Negotiations with donors and associations are in the process

The Ukrainian Startup Fund and the partners recently selected startups to participate in the world’s most significant technology events – Viva Technology in France, Collision 2022 in Canada, and TechBBQ 2022 in Denmark.

At the end of June, 14 Ukrainian startups took part for the first time in the French technology conference Viva Technology – one of the largest European startup events. At the event, Ukraine also presented a unique legal and tax space Diia.City, which has one of the best conditions for IT in Europe; Ukrainian victories on the cyber front and a vision of the future in which Ukraine will become a powerful European IT hub.

It is planned to organize the participation of Ukrainian startups in the Web Summit (Lisbon, Portugal), CES (Las Vegas, USA) and Slush (Helsinki, Finland).

Fund further expands its opportunities to support Ukrainian startups, especially during the war. To date, negotiations have been held with many international institutions, donors and associations, including EIB, EBRD, EIC, WNISEF, USAID, CRDF and others.

In addition, USF media channels regularly publish helpful information under the column “Startups during the war” and “Startup opportunities”.  It allows ecosystem partners, investors and stakeholders to track relevant updates for startups.

Most of the startup teams joined the Armed Forces of Ukraine, the Territorial Defense and the IT Army at the beginning of the war. The rest of the people help financially or through media or volunteer. Some startups make all their services free for users, while others are actively creating new platforms, marketplaces or digital projects that bring together those who are willing to help and those who need it.

“Don’t think that the startup ecosystem is paralyzed. Vice versa. More than 70% of startups remained in Ukraine. They are highly motivated to further implement their projects. Now they desperately need support and investment. That is why we call on international partners to support Ukrainian startups and unite their efforts in order not to stop the development of Ukraine’s innovation potential”.

According to the survey conducted by the IT Ukraine Association, since the first days of the war, almost 2% of IT professionals in the industry with military experience have joined the Armed Forces. In some small companies with a staff of up to 200 people, 20% of specialists have joined the army.

USF now supports startups with a focus on defence and recovery

The Ukrainian Startup Fund, for the period of martial law, cannot actively support startups financially. This is due, in particular, to the direction of the Fund’s funds for the needs of the Ukrainian army.

However, today the Fund continues to fund startups with which contracts have been concluded, as well as those projects approved by the USF Supervisory Board. At the same time, the Ukrainian Startup Fund temporarily suspended the acceptance and evaluation of startup applications for participation in the USF Grant and Acceleration Programs. This decision is due to the implementation of effective grant programs in martial law to support projects that meet the priority needs of the state.

This is a new program of grant support for dual-purpose projects: to increase the country’s defence capabilities and post-war reconstruction of the country.

A key feature of this program is the ability to receive non-refundable financial assistance from the state for projects from critical industries at this time:

It is also important to emphasize that the selection of projects will be on a competitive basis: profile experts will evaluate applications on an ongoing basis.

The Ukrainian IT sector is a lifeline for the economy

Ukrainian startups in 2021 attracted a record $ 832 million investment, which is 45% more than last year. In total, the IT industry of Ukraine provided a record $ 2 billion in export revenues in the first quarter of 2022. And this is despite the martial law, mobilization, and forced relocation of businesses and teams, according to the USF. In fact, it was during the war that Ukraine’s IT industry broke its historic export record. The exact figure in 2021 was $ 1.44 billion. In general, in 2021 (according to the balance of payments of the NBU), the IT sector brought about $ 7 billion to Ukraine from the export of services. Thus, the volume of IT exports increased by 28%.

In recent years, the Ukrainian IT industry has grown into a real powerful economic giant. Yes, a staggering growth rate, the launch of a special Diia.City regime, worldwide recognition, and continuous digitalization were supposed to bring tremendous results, but, unfortunately, the war began.

However, the IT industry is currently almost the only industry that can operate at almost full capacity.

Most startups have adapted to new realities

The success of Ukrainian startups is reflected in the investments received, selections in accelerators, and international recognition. In 2021, many Ukrainian startups succeeded: the large-scale domestic startup Grammarly reached an estimated 13 billion dollars; technology giants such as Amazon, Glovo, Revolut and Solarisbank have opened offices in the country, and the IT industry has prospered (20-30% annually).

IT companies were able to adapt quickly to the new working conditions, as most had anti-crisis business plans. As a result, even before the war, some specialists left the eastern regions. Currently, more than 70% of IT professionals work in the safe areas of Ukraine, and the other 16%, mostly women, work abroad.

The vast majority of companies have completely restored and continued their work; from 50% to 80% of specialists are involved in implementing client projects.

As a result, the industry remains financially stable, as 77% of companies have largely retained almost all customers and the volume of their contracts.

After the victory, startups will become very popular

Ukrainian startups will play an essential role in the post-war economic recovery, as they will be the basis for the formation of the new Ukrainian economy of the future.

“After our victory, Ukraine will desperately need smart solutions, so startups will be in demand as never before. Innovative solutions will give Ukraine a chance for a new future for the economy in the post-war recovery. Today’s efforts should be focused on this”.

Although the USF suspended new grants under the Fund’s major grant programs and, consequently, additions to such programs, the team focused on a broad vision for planning the Fund’s work and activities: including post-war coverage and reconstruction. That is why USF has started active cooperation with international players in the ecosystem and is working on launching new initiatives, which will be announced later.

At the same time, the Fund, together with its partners, is preparing to launch new projects because of the realities, which will provide both financial and non-financial support for Ukrainian startups.

In the annual ranking of startup ecosystems Global Startup Ecosystem 2022, Ukraine is among the top fifty. In Europe, Ukraine ranks 30th. At the same time, Kyiv ranks 23rd in the ranking of the 25 best cities in the world for marketing and sales, software and data.

The USF is convinced that Ukrainian ratings will rise significantly after the victory. To do this, even in conditions of war, the Fund tries in all possible ways to help the startup industry of Ukraine’ stay afloat’.

Despite the difficult conditions, many Ukrainian startups continue to develop, and our local startup ecosystem can be an example for other countries.

“We want one thing – for a Startup to be created, developed and stay in Ukraine, for Ukrainians to be the first to benefit from it, and for us to be talked about as a state of innovators – a startup nation. Ukrainian startup projects have a chance for global success. We have talents. The whole world already knows about them. And we do everything to ensure that they do not seek funding abroad and that they feel comfortable working here, “- sums up Pavlo Kartashov.

In addition to regulating intellectual property issues and financial support for startups, it is also important to create an innovative infrastructure in Ukraine that will become a kind of magnet for key players and their experience, the USF notes. 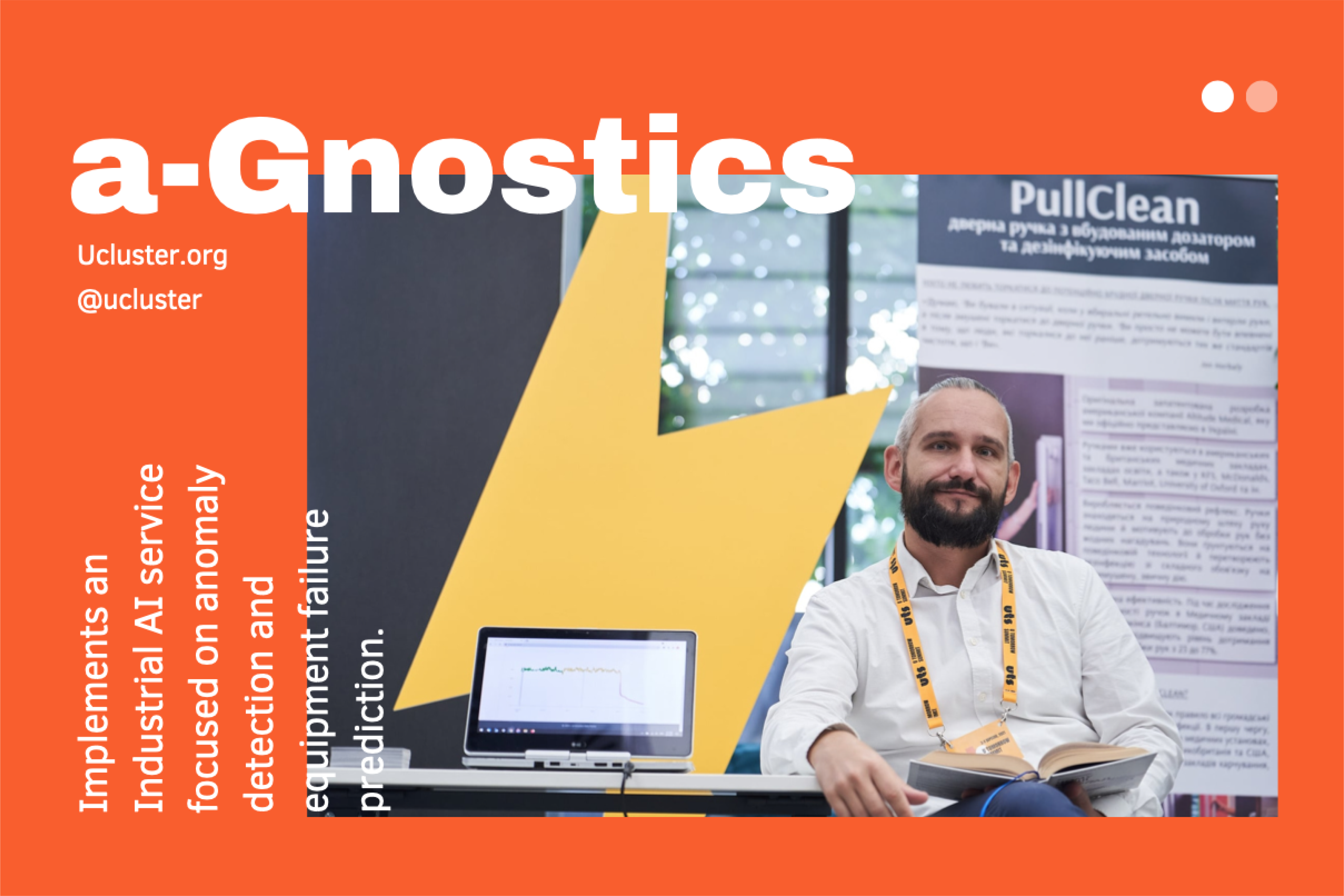 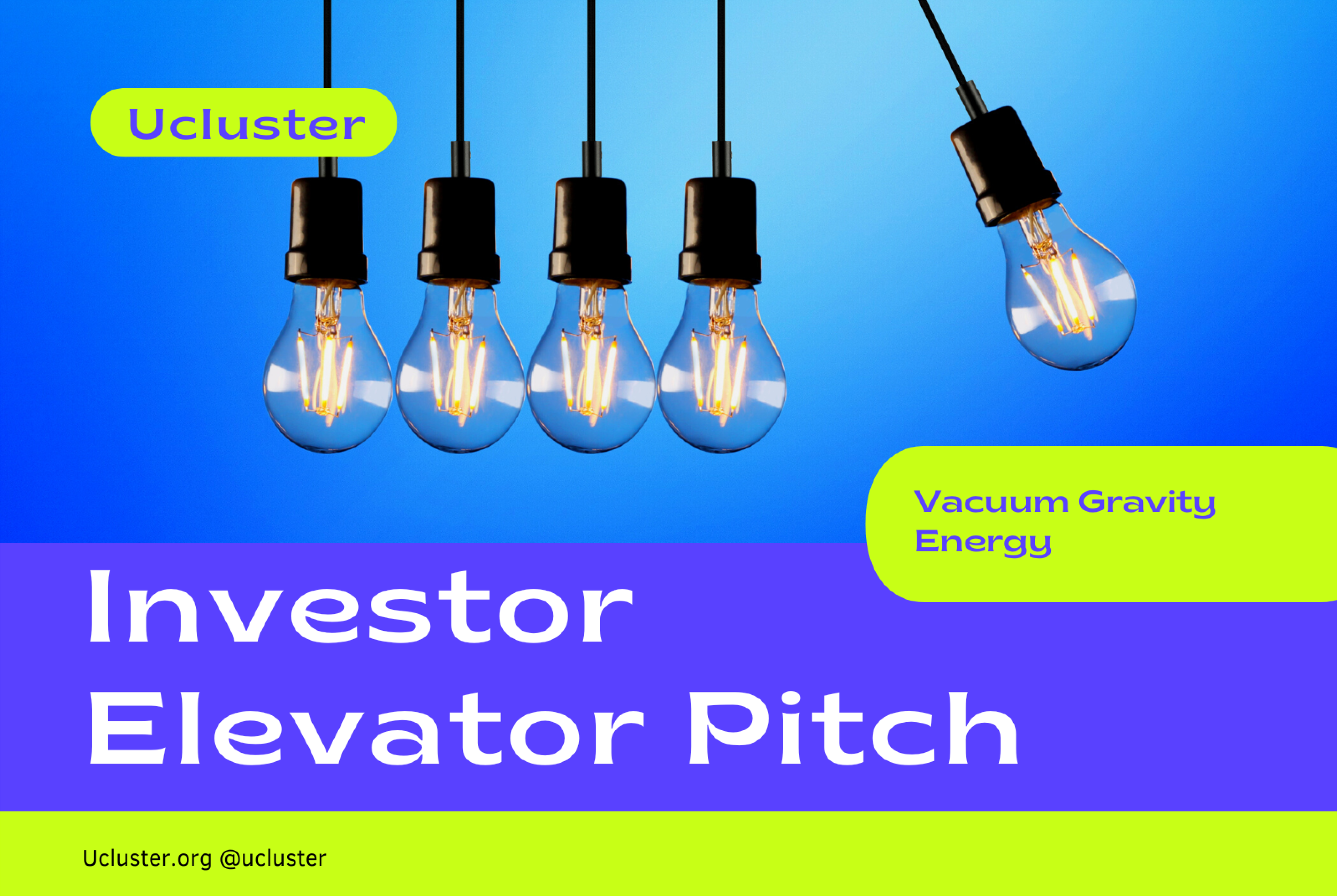 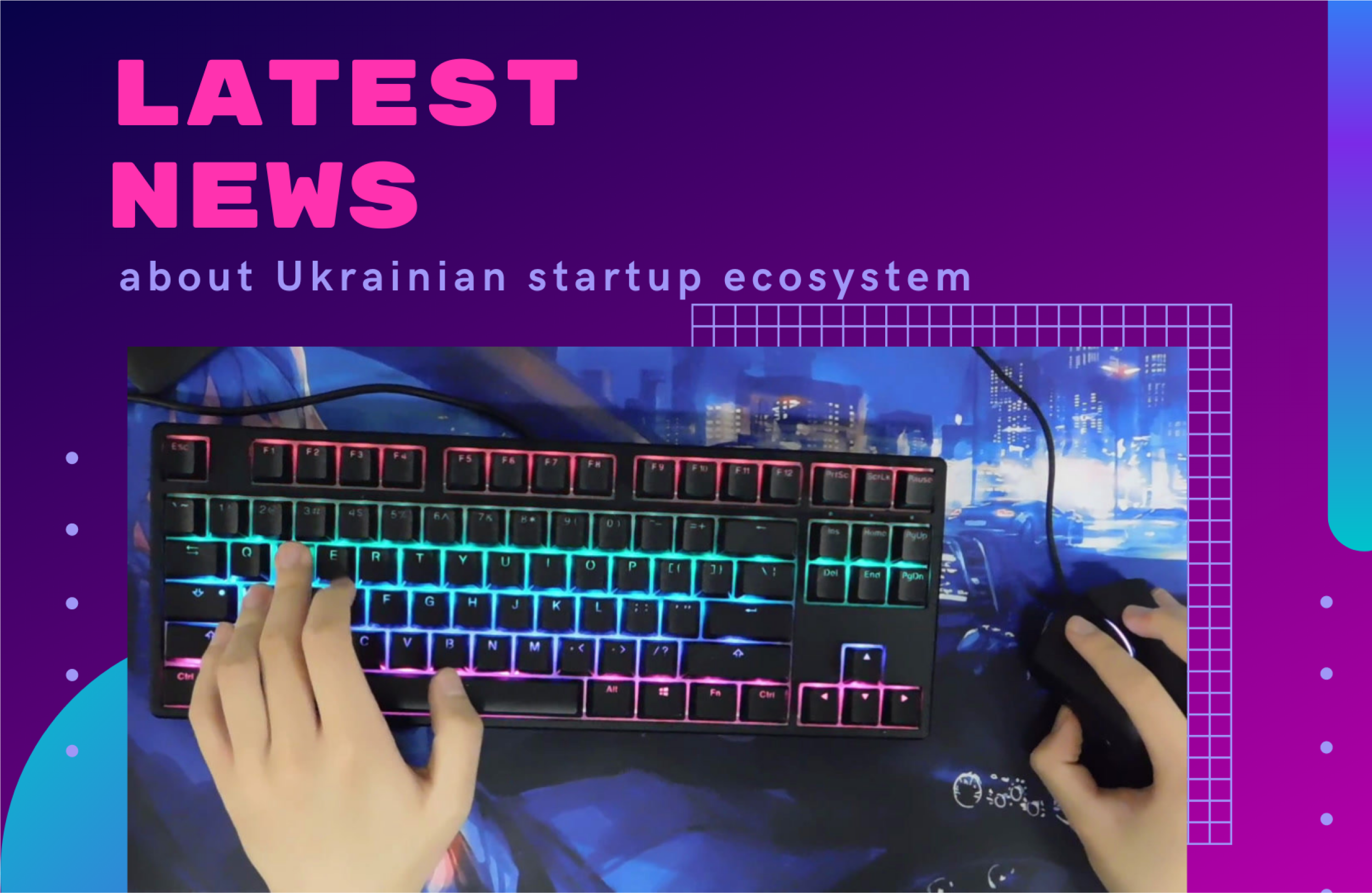